Have a question that's not answered below?

What do I get by purchasing a UX workshop ticket?

• A 6-hour training and crash course about User Experience, and how Graphic Designers can transition into a UX Career. You’ll be one of 30 attendees, learning about the ins-and-outs of User Experience and Design, with personal case studies, anecdotes, and Q&A.

• Interactive and practical hands-on lectures and activities, including a live guided Usability Testing and Empathy Mapping, as well as a simulated Customer Journey Mapping exercise.
‍
• Exclusive membership to the 8020 UX Community! We now have 160+ members, and it was established to help the UX practitioners within the community. It also contains all the information presented in each UX workshop we conduct, with links, downloadable files, and bonus materials.
‍
• One free 15-minute consultation via voice or video call, for the first 10 people that purchase tickets for each workshop. I’ll look over any design you made, give design critique, give marketing advice, give advice on how to fix your resumé, or even give quick personal career advice.
‍
• A certificate of participation and completion, immediately after the event's conclusion.

• Exclusive access to 8020's catalog of the best UX resources, UX articles, UX design inspiration, browser extensions, and recommended free and paid apps that will speed up your design process.

Who will facilitate the UX workshop?

• Christian San Jose, a UX leader from the Philippines, will be your workshop instructor and facilitator.

• Over the last 13+ years, Christian has lead, co-founded or have been a partner in multiple technology companies that have UX at their core (including Make by Ace Saatchi & Saatchi, Jump Digital, Create.ph, and HS3, among others). Currently, he's building the UX team of First Circle, as its first Head of Design.
‍
• Christian has given 80+ talks and workshops about design since 2007 — including the Facebook Digital Youth Summit (2017 and 2018), Graphika Manila, International Design Conference, and Canva Creatives Conference.

• Christian is the co-founder and lead organizer of UX+ Conference, the largest UX Conference in Asia, held last August 2019 with 1,300 attendees for a first-time event.

• Christian is trained and certified in UX Design by CalArts and Glasgow Caledonian University, and is an incoming Master's Degree student at Hyper Island (SG), for the Master of Arts in Digital Management course.
‍
• Christian has hired and directly managed over 70+ UX Designers, Web Designers, and Web Developers in his career, with 40+ just in the last 3 years. He has recruited, hired, managed, lead, and have been in the trenches with the best digital practitioners in the country. He's had over 300+ clients in design and digital since 2007. While leading the different teams, Christian built digital experiences for the top companies in the Philippines (in various industries that include telecommunications, travel, leisure, manufacturing, entertainment, and consumer goods).

• Christian has designed the official logos and websites for the biggest personalities in the world, including Kobe Bryant, Usher, Usain Bolt, James Harden, Albert Pujols, and Dwyane Wade. He's been previously commissioned by Adobe for their global launch, and his design can be found within every commercially released copy of Adobe Illustrator CS5. He has previously won design awards, including the top prize in the Design By Humans $10,000 competition. His designs have been featured in interviews and articles in Entrepreneur Magazine, MTV, the Adobe Blog, Abduzeedo, Envato, CNN, CBS, ANC, and Nickelodeon.

I don't have a credit card. Can I pay via Bank Deposit?

• Yes! Watch the video below, for a quick step-by-step tutorial on how to pay via Bank Deposit.

• Simply, you can use the access code “bankdeposit” on the ticket page, to unlock the Bank Deposit payment option.

• Once you've confirmed your slot, send us a message on our chat (icon on the bottom-right section of this page), or through email, or by sending us a message on Facebook messenger. We'll send you bank account, or the online bank transfer details. After payment, please send us the deposit slip within 2 days of your initial registration.

Will the workshop be recorded? Can I get a copy of the presentation?

• Yes! After the event, you'll receive a link to a video recording of the event, as well as a PDF copy of the presentation.

Will I receive a Certificate of Completion if I attend the workshop?

• Yes! After the event, you'll receive a non-expiring Certificate of Completion, in PDF format.

Who can join the UX workshop?

• Senior practitioners can also attend, if they need a refresher in User Experience. You can attend, even if you're a Design Manager, Product Manager, UX Lead, or Senior UX or Product Designer. Even full design teams can join!
‍
• Designers in Advertising or Digital Agencies can join as well - learn UX, learn why UX designers spend so much time with post-its, and figure out why UX is the 5th most in-demand skill to have in 2020, according to LinkedIn, from a January 2020 report.
‍
• Whether you’re just thinking of transitioning into a UX career, or you’re already a seasoned pro, this UX workshop will help you get the advantage you need to get ahead.

How much does your does this UX workshop cost?

Where are the UX courses held, and how long is each workshop?

Are there any requirements for the workshop?

• Please download Slack before the event (slack.com/downloads).
‍
• All attendees must have a stable internet connection to watch and participate.
‍
• Other instructions and reminders will be provided a few days before the event.

What are the sample UX topics that you will discuss?

Key lessons include:
‍
• The UX Basics
What is UX? What do UX designers do? What’s the difference between UX and UI? Why is UX is important for businesses?
‍
• The UX Processes
Know the various UX methods such as Journey Mapping, User Interviews, Prototyping, Heuristic Evaluation, among others.
‍
• The UX Skills
What are the practical skills that you need to succeed in this role, and how can you continue growing in your UX career?
‍
• Customer Journey Mapping 101
Understanding and mapping a user's end-to-end journey, so that you know the critical touchpoints that you can focus and improve on.
‍
• Conducting Usability Tests
How to conduct and analyze a Usability Test, so you can make your product easy, clear, and enjoyable to use, for your users.
Download Course Outline
I’ll also share with you my resources & bonus content:
‍
• My personal list of the best UX and design books, and where to buy them in Manila. From conceptual books (like “The Design of Everyday Things” by Don Norman) to technical books (like “Don’t Make Me Think” by Steve Krug)
‍
• Q&A: I’ll answer all your questions in an in-depth, 30-minute Question & Answer. And we can extend if there’s enough time!
‍
• And much, much more! 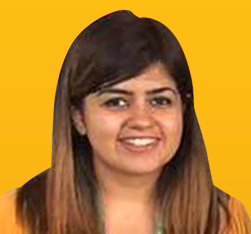 “Definitely the most accessible and actionable UX resource I've encountered so far!

The workshop went from beyond the macro level view of UX to real life applications and tips. I would recommend it not just to designers, but anyone who is interested in learning more about the UX discipline." 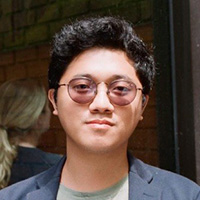 “I learned a lot about User Experience in just one sitting.

Christian knows UX in and out, and he gave very thoughtful answers to the detailed questions thrown at him. A fun, informative, and interactive UX workshop, from a very approachable speaker." 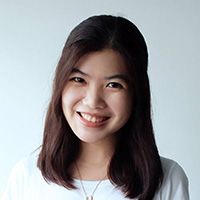 “I gained better insights into what it means to design with a purpose.

Christian does not only teach UX, but also useful concepts that I, as a graphic designer, can apply immediately in my work. His case studies and anecdotes are deeply thoughtful and colorful, based on his rich experience throughout his prolific design career."

We help you learn User Experience

so that you can deliver better design.

You're in good company.